We are happy to announce the release of a new free stand alone application: Mind-Mecca: B-Side for Android and iOS mobile devices! 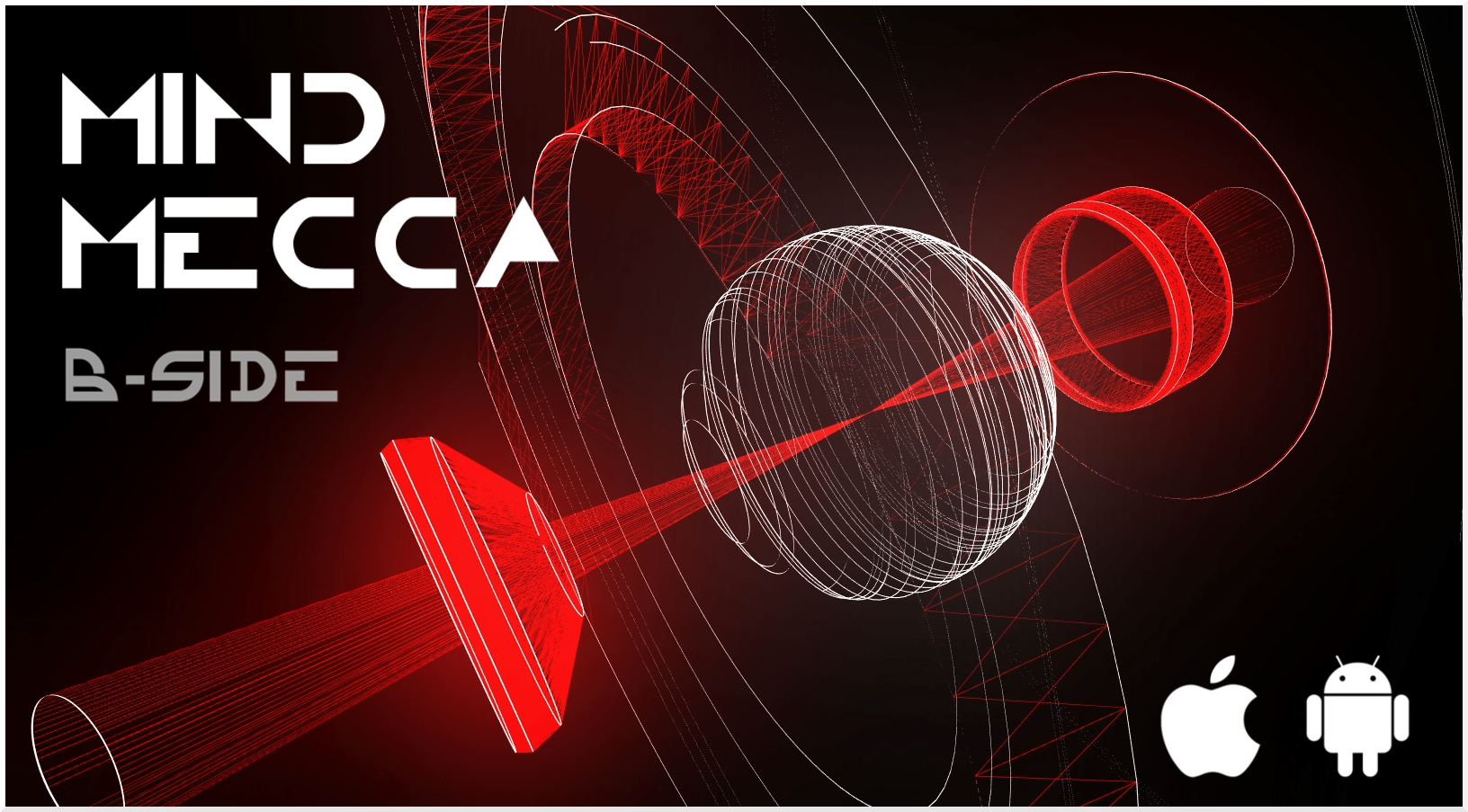 This application differs greatly from the Mind-Mecca main tittle in term of interaction, but shares part of the same atmosphere and aesthetic.

The idea came up while experimenting with generative visuals for Mind-Mecca: we found it interesting to explore the touch capacity provided by mobile devices which significantly differs from the mouse-only rule followed in our computer game.

After few months spent playing with these 3D shapes, we are satisfied enough to release it as a stand alone application that extends Mind-Mecca’s universe.

We hope you will have as much pleasure as we had while creating and exploring ethereal lines, because as your own mind, Mind Mecca has its own B-Side.